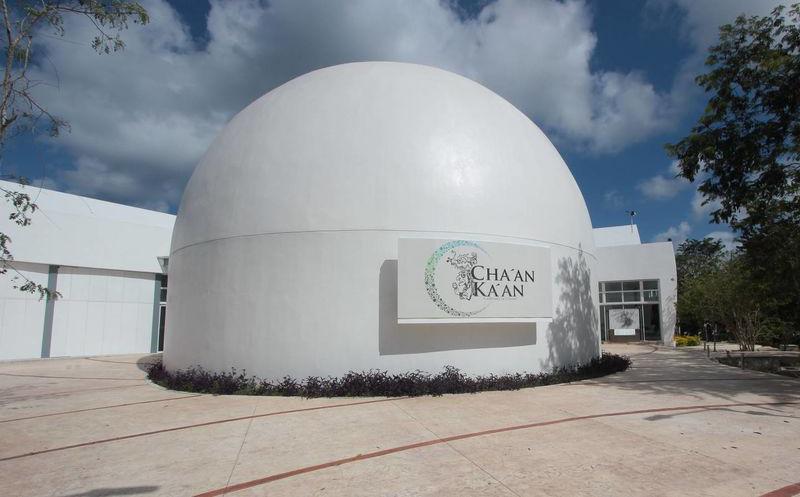 “Cha´an Ka´an” was the name chosen by the Cozumeleños. Cha´an Ka´an means: Observe or enjoy the sky. The Mayans, through astronomical observation, obtained scientific knowledge that still surprises us because of their precision and with that they governed their life, religion and culture.

During the tour the tourists immerse themselves in the Mayan worldview, knowing the meaning of the ceiba and its relationship with the underworld, the earthly life and the celestial vault; also, visitors receive a talk about the meaning of the glyphs, and then make one that they take back home as a gift. At the end of the tour, the Mayan warrior waits for the classic “remembrance” photo.

To seal the visit, they live the experience that only gives the Dome of the Cozumel Planetarium with the movie “Maya Archaeoastronomy: observers of the universe”. Projected in English and Spanish, the totally Mexican production is a visual and sensory journey through five archaeological sites in the Mayan Riviera; Uxmal, San Gervarsio, Chichen Itza, Edzna and Bonampak.

The Cozumel Island Planetarium, Cha’an Ka’an, has state-of-the-art technology which includes a Digistar 5 system with 6 projectors that are capable of transmitting 3D and 2D images in a 360 ° projection area, this type of Technology will allow the visitor to see the solar system, constellations or even other galaxies uniquely in Mexico and Latin America. There are also exclusive screenings or films for Domo. 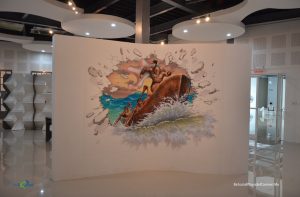