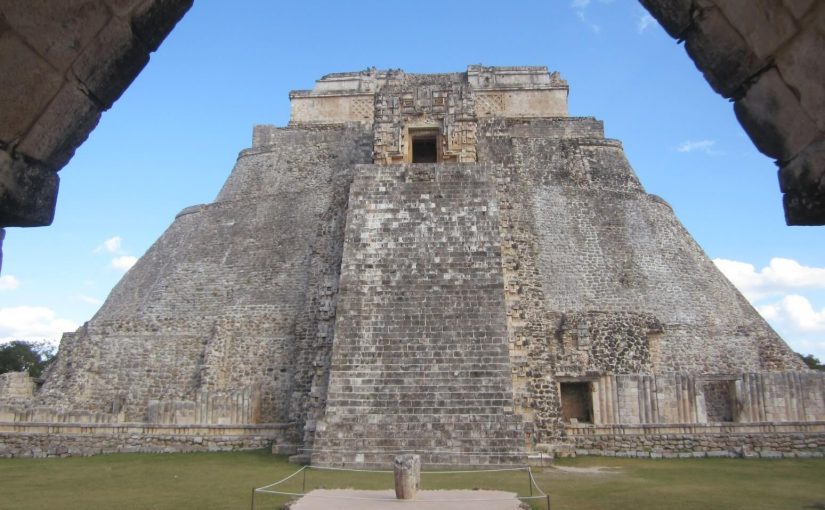 Known as “The Three Times Built”, it is one of the archaeological sites of the Mayan culture whose architecture is one of the most impressive in Yucatan. Its beauty is characterized by having low and horizontal palaces, placed around courtyards or quadrangles, which are rich in decorations of very detailed sculptures made with thousands of small stones perfectly polished and adjusted forming geometric mosaics of a perfection not equal in the whole area Maya.

The city consists of 15 groups of buildings, distributed from north to south, in an area of approximately two kilometers. Among those that stand out: The Pyramid of the Adivino, with its Plaza de los Pájaros, the Quadrangle of the Nuns, the Ball Game, the Governor’s Palace, the Great Pyramid and El Palomar, in addition to the North Group, the House of the Old , The Cemetery and the Temple of the Phalluses. Uxmal, a city with a certain subtle air, that just by contemplating it, can move its visitors.

The most impressive structure, with a unique elliptical shape and a height of more than 35 meters is La Casa del Adivino; According to an ancient legend, this pyramid was raised by a dwarf in only one night, although in reality it was built in five stages and was designed in such a way that its stairway faces east, towards sunset on the solstice Of summer.

From the Quadrangle of the Nuns there is a light and sound show by Uxmal, in which Mayan legends of the region who gave life to this mystic place are narrated.